Choux pastry fritters – pašurate or fritule are the favourite Christmas dessert on the island of Hvar. It is a type of round fritters. On their presence on the island of Hvar and the etymology: the name originates from the long-extinct Dalmatian language (a variant of the vernacular Latin language present on the eastern Adriatic coast during the Middle Ages) – the words frixor (to fry) and fersaura (frying pan, frying pan), pašura in the local dialect. Pašurate can be translated as fried dough.

As for the preparation of any Hvar dessert, it also takes a lot of time, nerves and strength to prepare pašurate. Lately, burdened with busy lives and lasting lack of time, people are prone to simpler and faster methods of preparation so they add yoghurt, potatoes or apples to the mixture, which is not in accordance with the original recipe. Originally, pašurate were fried in olive oil, actually the only oil available to the local population. More recently, they are fried in sunflower oil, which guarantees softness and longer freshness.

Below is a recipe for pašurate that is more than a hundred years old:

Put water, salt, orange zest and sugar in a pot and bring to a boil.

Remove from the burner and pour in the brandy, then bring it back to the burner to boil. Then add flour (fine and add coarse – it’s better) slowly stirring. Stir well with a wooden spoon for half an hour. That’s how our ancestors did it.

Keep in mind, that the dough is tough and hard to mix, and it takes a lot of physical strength to get the wanted consistency.

Therefore, in modern times we try to make the job easier: you need to mount the appropriate dough hook on a powerful mixer or even on an electric drill. Start mixing at the lowest speed and gradually increase the speed.

Take a break, add more orange juice, vanilla, baking powder and raisins (if you like them). Mix well again and let the mixture rest for at least half an hour.

Heat the oil. Grab a little of the mixture with one hand and squeeze it through your fist. Form balls using a teaspoon and fry them in the heated oil. It’s tedious and slow work, but it’s worth it. When pašurate turn golden coloured, place them on a tray covered with a paper towel to drain. You can dust them with the icing after they cool down, although they are better without it.

Enjoy them with a glass (bićerin) of prosecco. 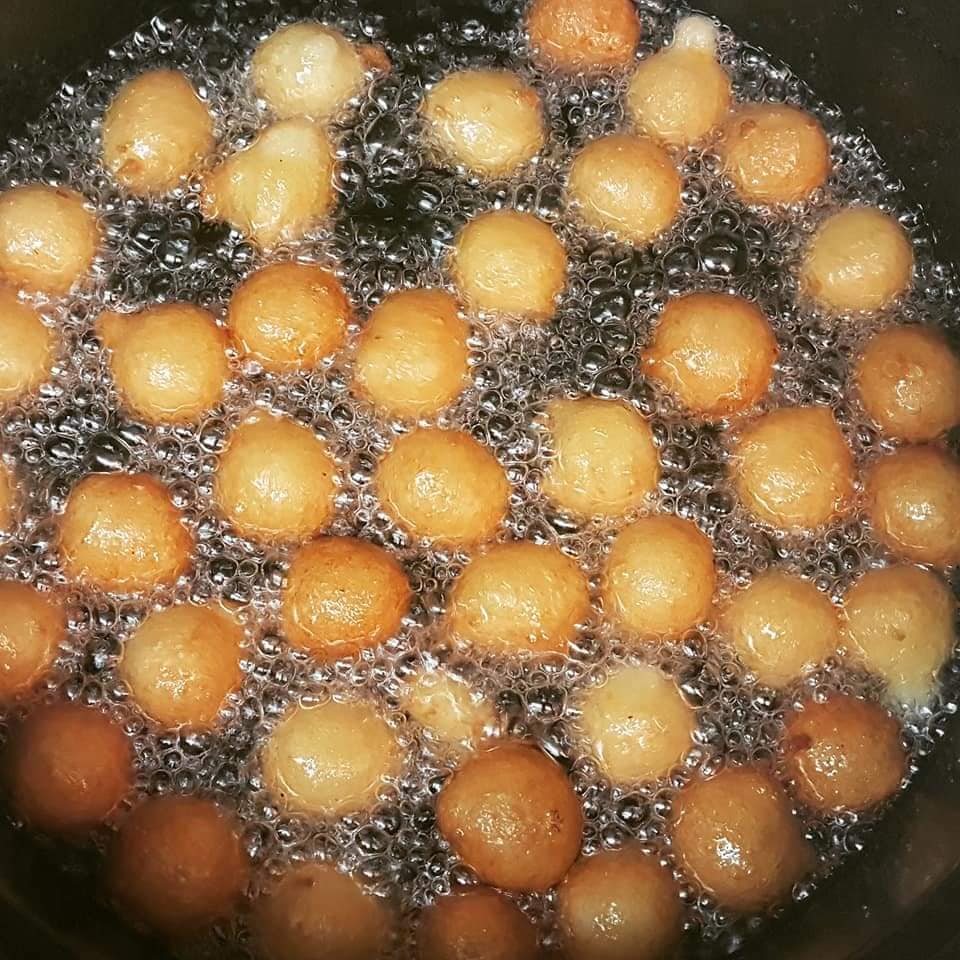